Among the many deer I've documented around my house the last 15yrs, one of my all time favorites was the buck I called "Double Throat Patch". So aptly named for his unique throat patch. I never thought I would be documenting him for 4 years after my first sighting but that's just what happened. 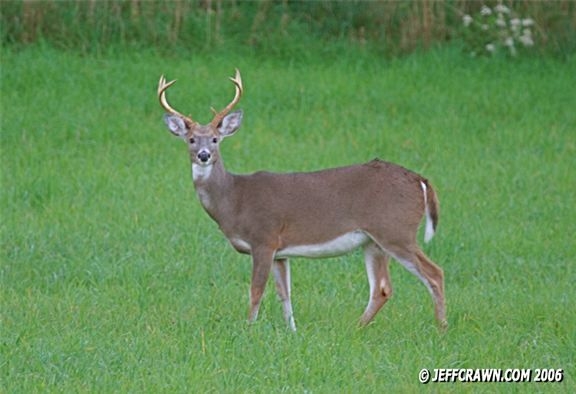 In 2007 as a 3yr old he became highly visible right from June & almost always with the buck I called Curly. It was obvious from the first sighting he had grown for sure. All summer I shot pictures & video until, in mid-September, he vanished & was never seen the rest of the year. 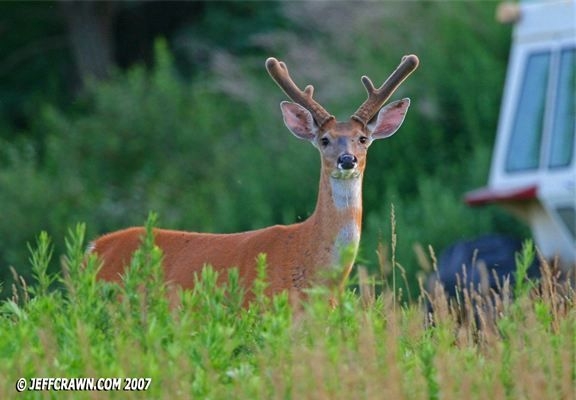 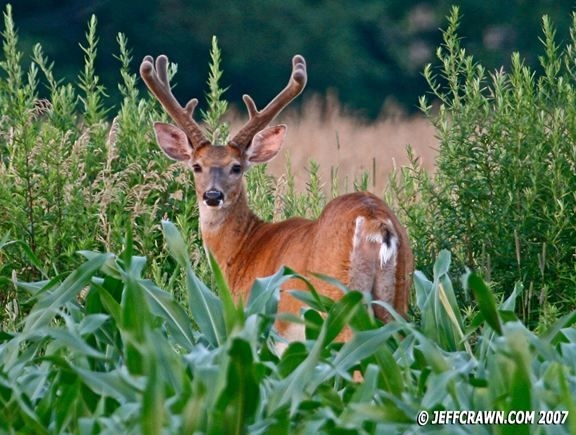 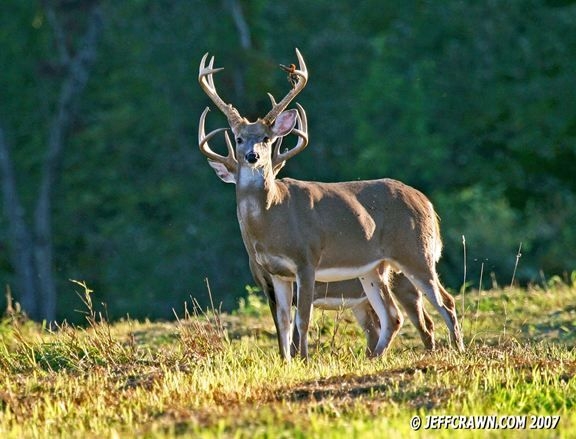 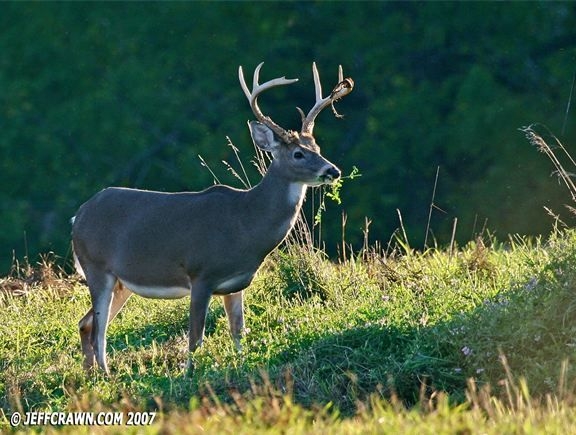 Since I hadn't seen him since September 2007 I was pretty sure he must've been killed. But I continued to look all summer & fall with no sightings at all. Then out of the clear blue while out on Christmas day, who do I see walking down the field? None other than DTP himself with a group of does! My excitement from seeing him alive soon went away as I realized his rack has regressed a lot from the previous year. As a 4 1/2yr old he should've really blew up instead he went the opposite. At least I had confirmation he was alive.Just makes you wonder where he was hiding for those 15 months! Unfortunately I didn't get any pics just this bit of video.

December 25, 2008-Only sighting of the buck I called "Double Throat Patch" buck.

After only one sighting in 2008, I was hoping he would show up sometime in summer. Well I saw him for the first time on July 3 & noticed something strange. His antlers were over a month behind in growth compared to the other bucks he was with. Over the next 2 months I saw him many times & got a lot of pics & video. The last time I saw him was September 12 when his antlers were fully grown. I got the video of him below but I never saw him again. It was a bummer as he was a really cool buck. 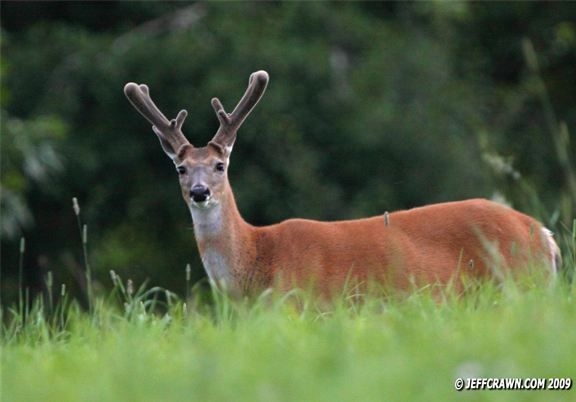 Should be completely developed by now. August 8, 2009 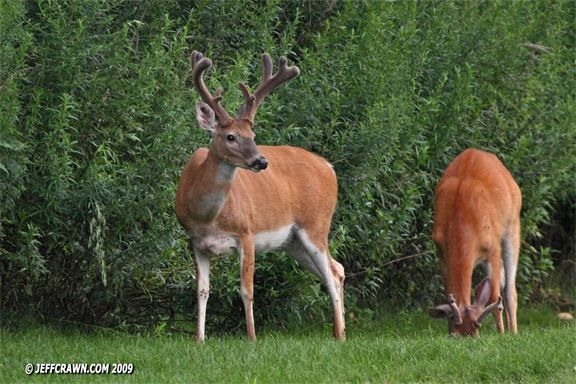 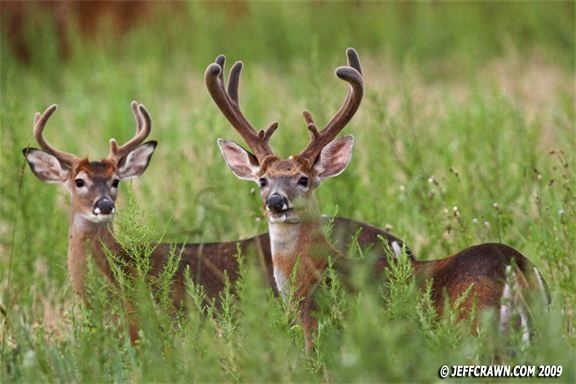 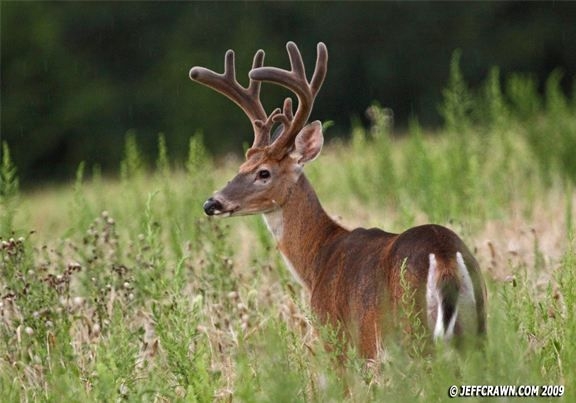 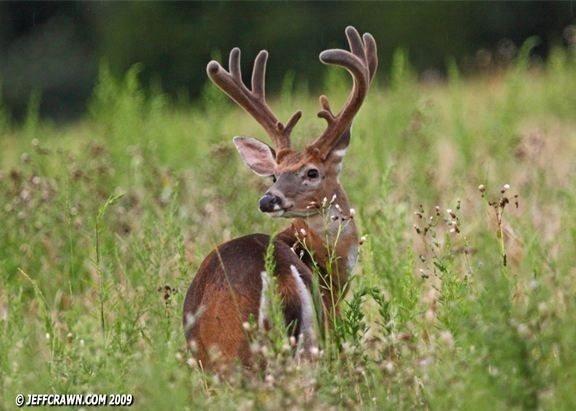 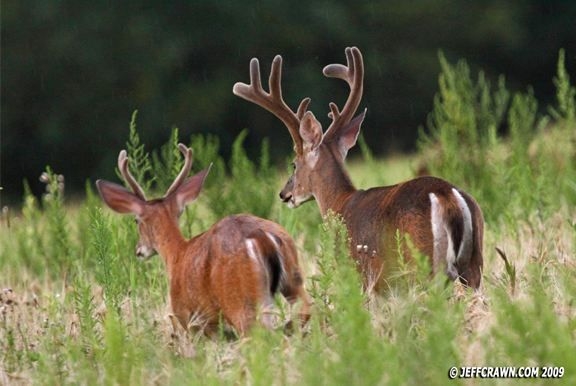 This was my last sighting of him ever on September 12, 2009. Don't know what ever happened to him.