Coming up on this Golden Eagle was a total fluke thing. I was driving on Huntsville Rd. in Andover when I saw this huge bird on a road killed deer. As I pulled up the bird started flying right alongside my passenger window until he landed in a tree. It was just before dark and I only got 2 decent shots. At the time I had no idea what kind of bird it was. Then 3 days later I was out early in the morning & the bird was back again. Now I had good light and shot for an hour. After I got home & looked at the pics I though it was an immature Bald Eagle. It wasn't until 4 months later when I was looking thru a bird book that I came to realize it was a Golden Eagle. To this day, it's the only one I've ever seen. 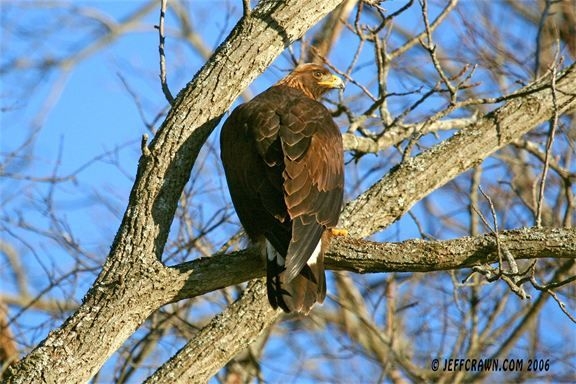 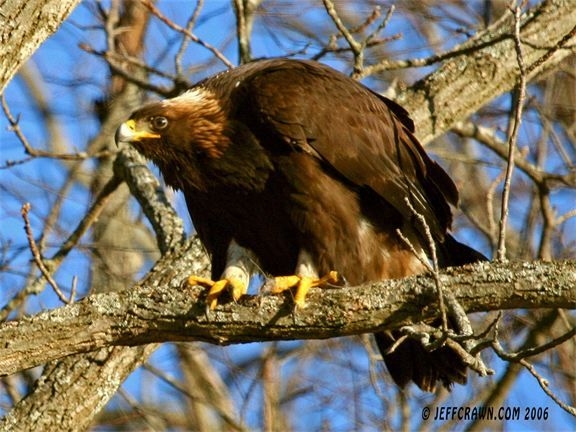 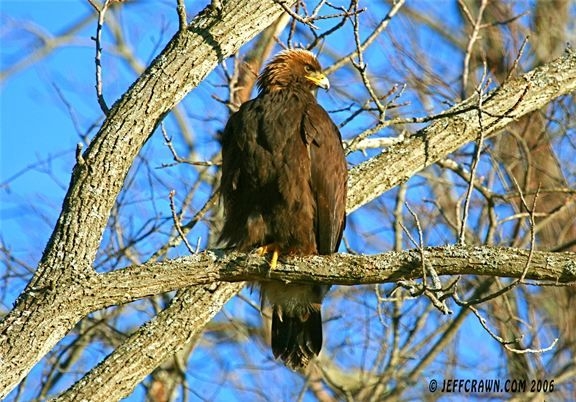 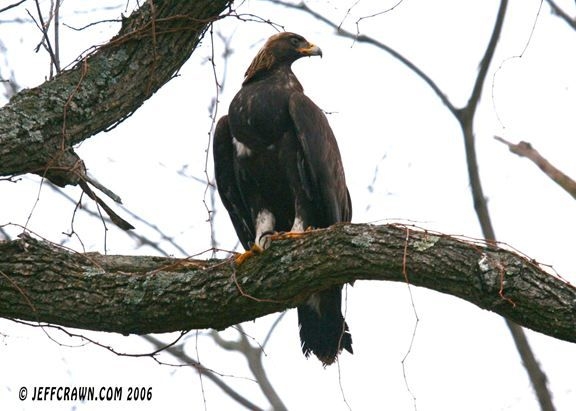