first noticed eagles at Culver Lake back in 2009. They would sit along the road which was a scary spot to take pics from! Then a small nest looked like it was being built. People said they had babies but I never saw any. Then we had a bad storm & it was knocked down. Another pair relocated to a different spot now & have successfully raised first 1 chick then the next year 2 chicks & finally in 2013 3 chicks. It was a lot of fun watching them all summer til they fledged. I was lucky enough to see 2 of them take their maiden flights. That was pretty special. 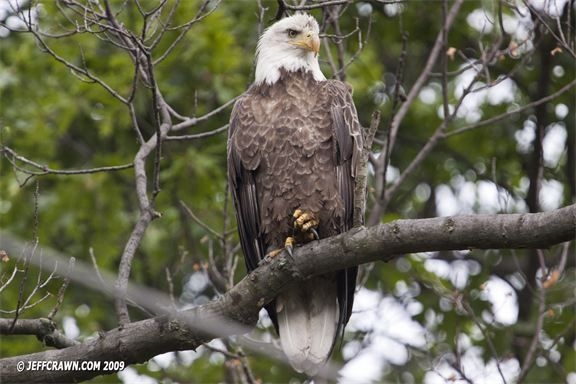 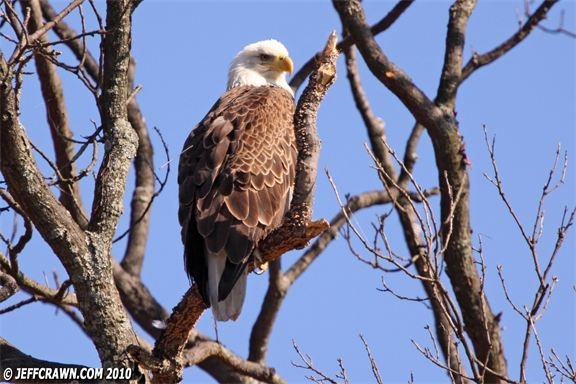 Another different eagle that was on the road side by the first nest. May 4, 2010 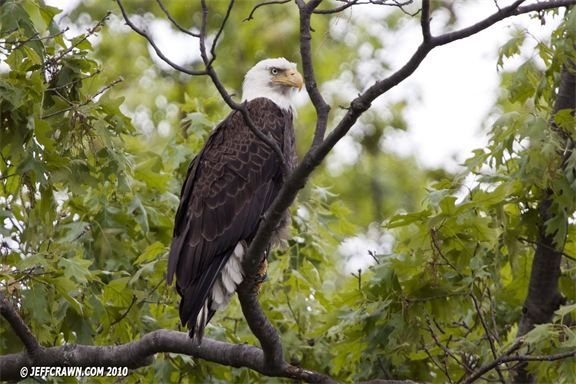 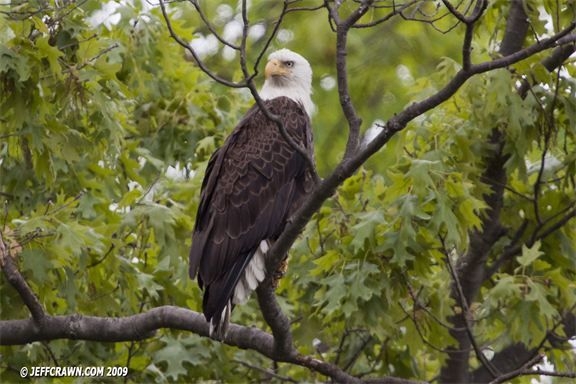 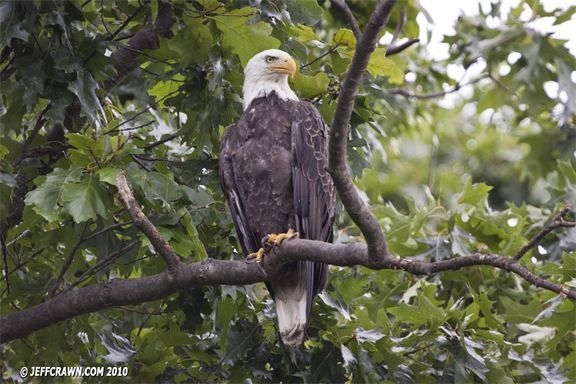 The new nest was built in a different spot far from the one along the road. I didn't know where it was til March of 2012. In 2011, the pair had one chick that fledged successfully I learned in 2013. I started checking on them once a month in 2012 until June when I went a few times to see when the chicks would fledge. They finally did the first week of July. Pretty cool. The one adult was banded blue S92 which was from NY. I got her info & it turned out I photographed her brother S93 fishing near the Delaware River in March 2011. They were born on the Toronto Resevoir in NY in 2007. Here are a few shots from the 2012 season.

My first shot of S92 on the new nest. 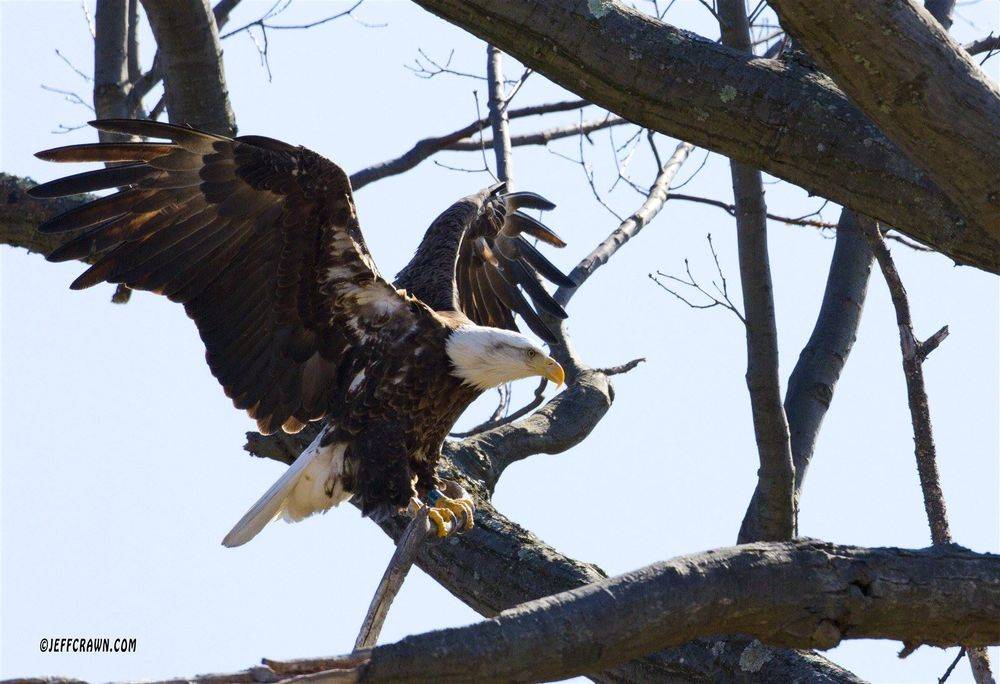 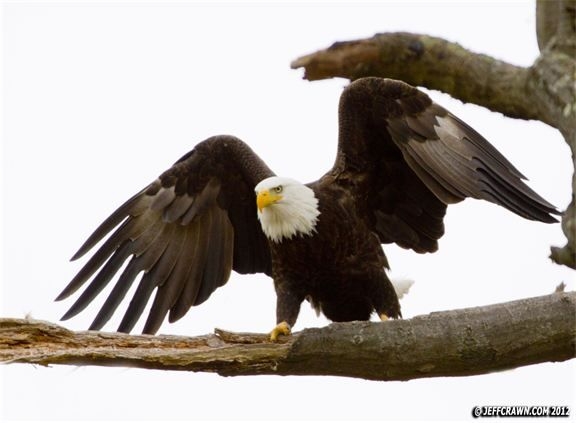 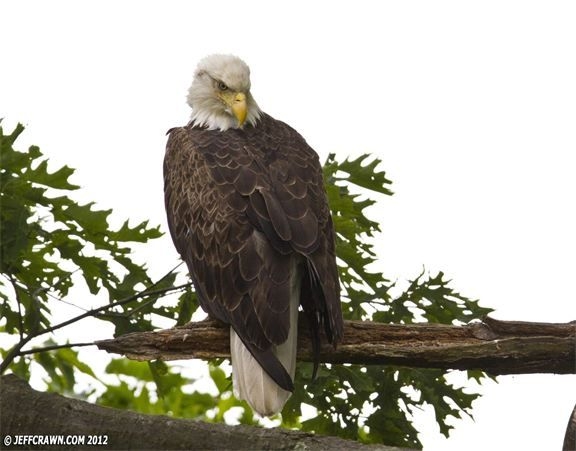 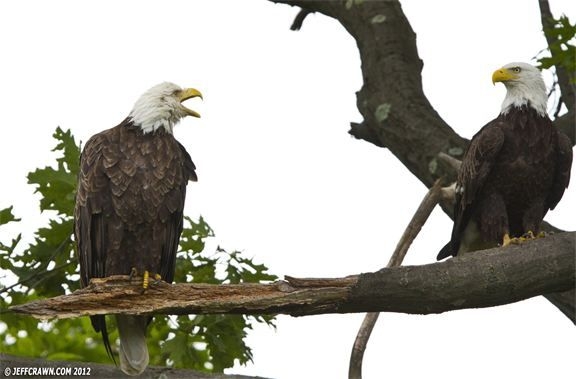 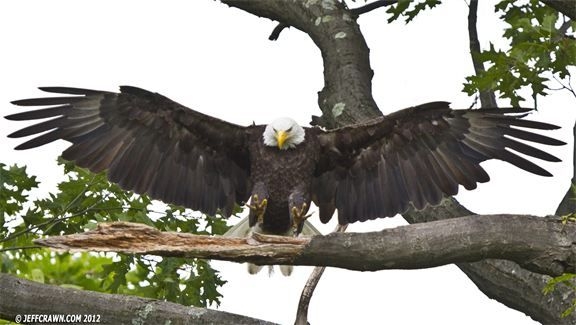 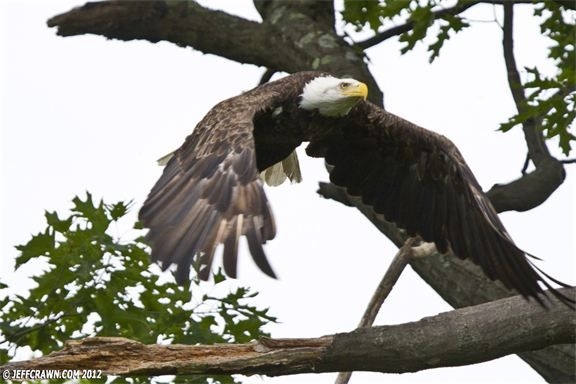 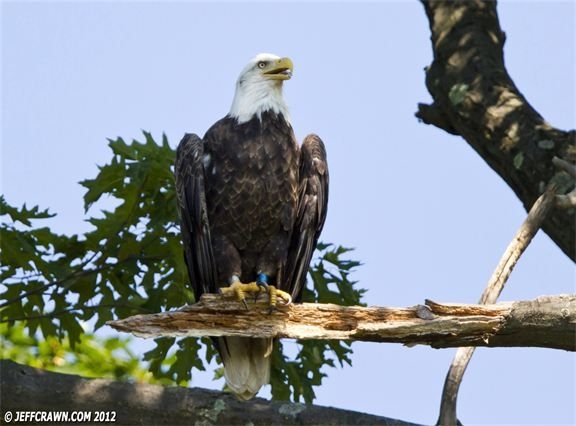 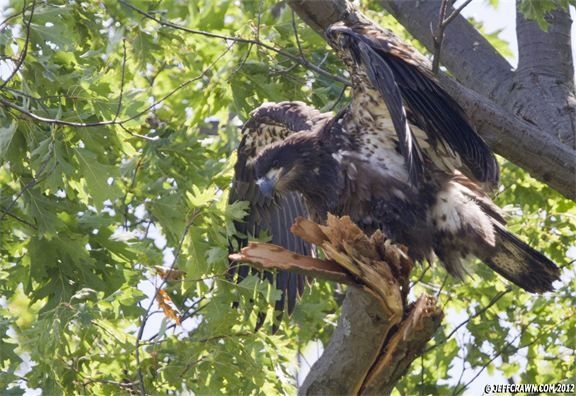 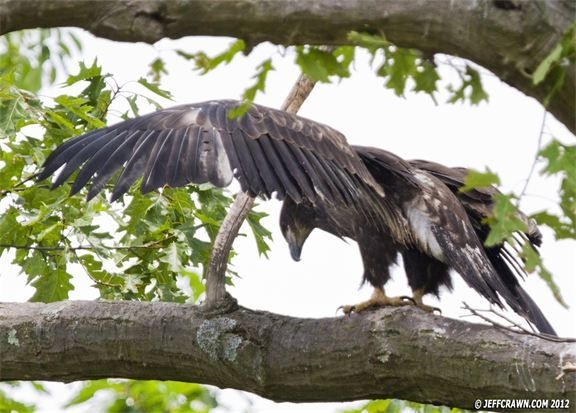 This year I only went to the nest once in May just to see how they were doing & was pleasantly surprised to see the had 3 chicks! I then went back in June to watch for the chicks & see them start branching out getting ready to fledge. It was very entertaining watching them jump around from nest to branches back to nest for their feedings. Then I finally got to see the first & biggest chick I called "The Bully" take it's maiden flight which I don't think he was ready for! But while trying to get back in nest when the female brought a fish, the branch he jumped down to snapped & he was falling fast but at last second he swooped through the woods out over the lake on it's first flight. Pretty cool to see. The chicks finally left for their own lives around August 17th. Very priveledged to get to watch these eagles no doubt. These are just a few of the thousands I shot over a one month period. 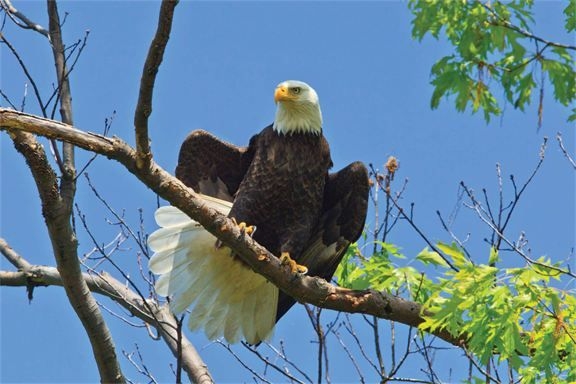 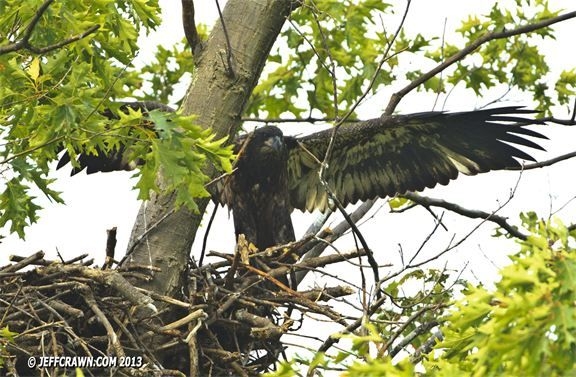 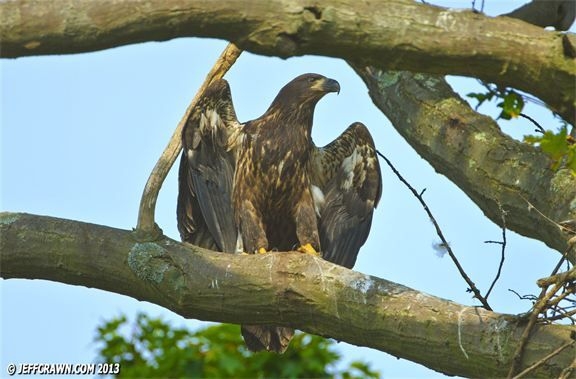 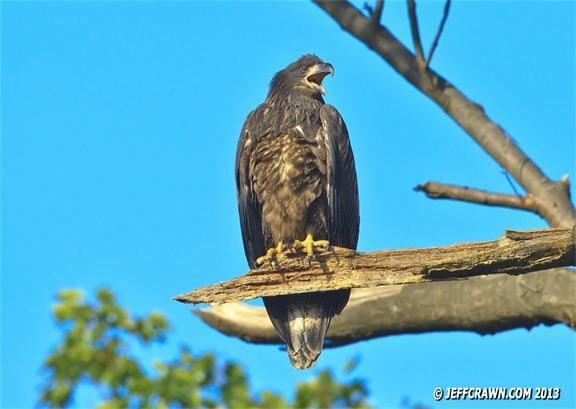 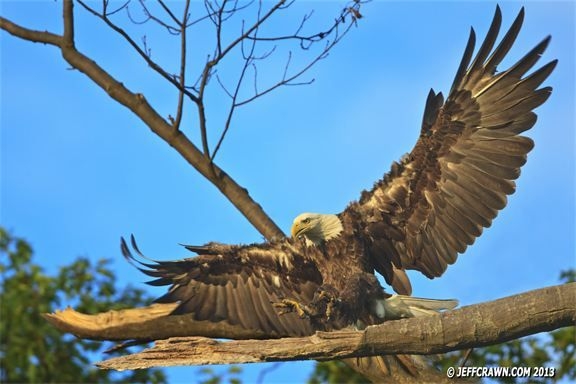 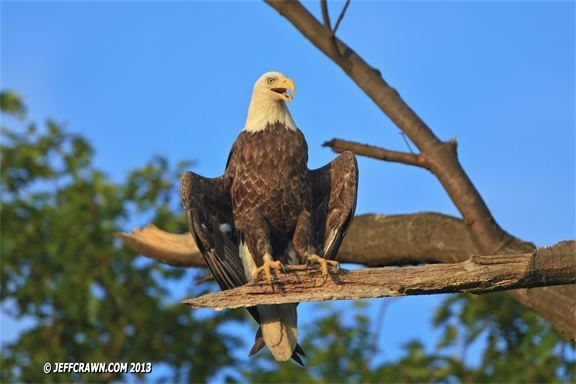 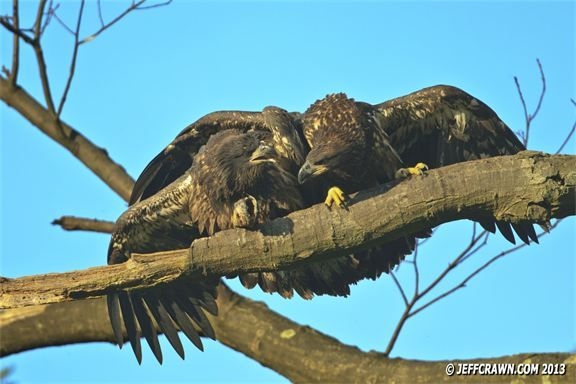 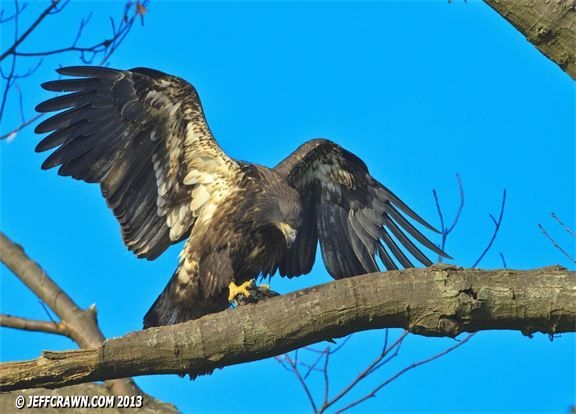 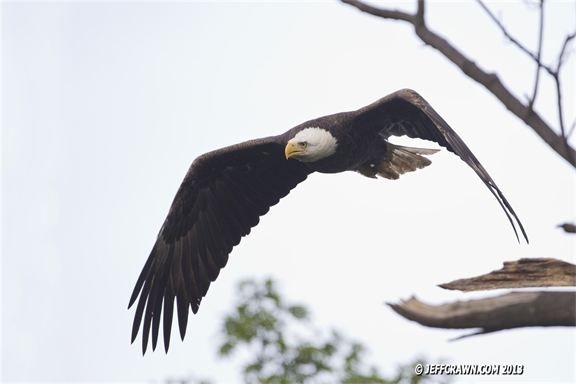 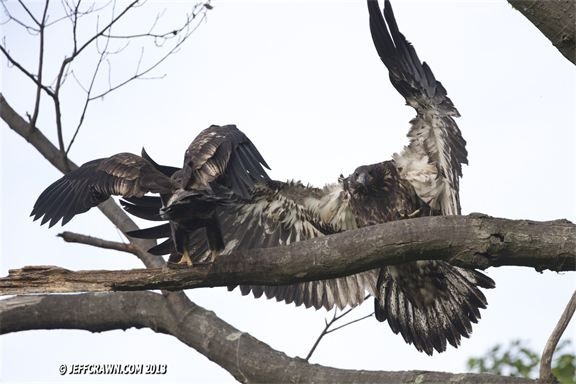 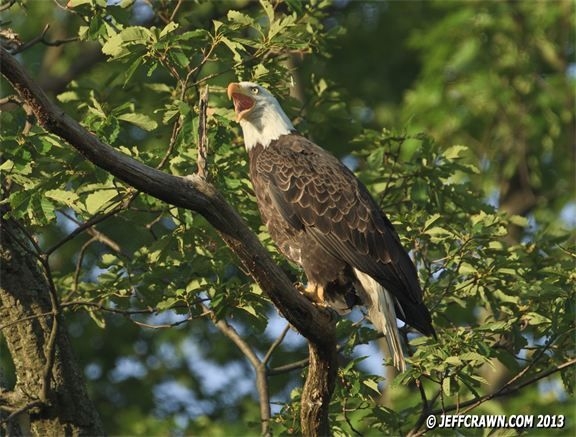 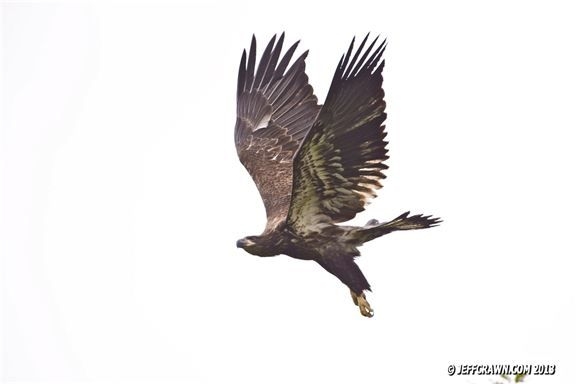 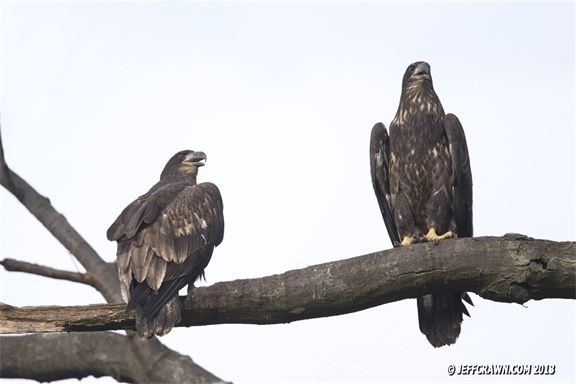 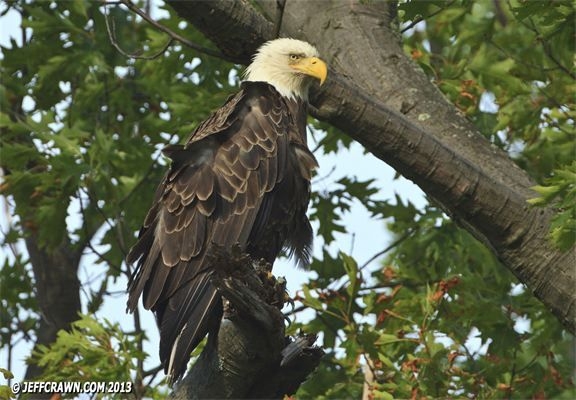 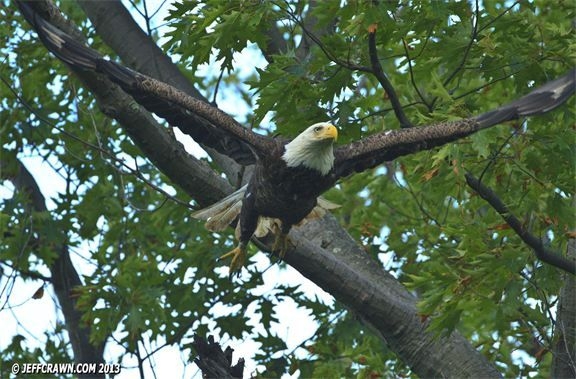