Backin 2005, I came upon a nice 8pt buck on one of my drives. I got about a minute of video before he ran into the grass but I knew he was a nice one. Well the next 3 years the buck would grow up into a beautiful 8pt that I photographed hundreds of time & shot tons of video. He was such a great subject as he never ran away when I saw him & pulled over. Here's a little tribute to my old pal Curly.

This is video of a buck I filmed & photographed from 2005-2008 in Newton, NJ. I named him Curly because of the way his main beams curled in. All footage was shot from my car on public roads.

This is video of a buck I filmed & photographed from 2005-2008 in Newton, NJ. I named him Curly because of the way his main beams curled in. All footage was shot from my car on public roads.

I got extremely lucky in early September as he was out with his buddy feeding in this field close to the road in beautiful sunlight. September 2007 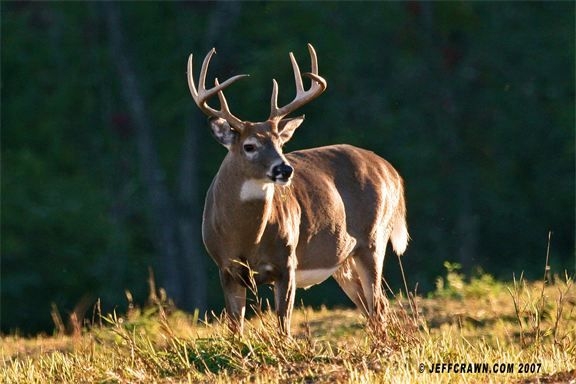 Here's a little something done in photoshop showing one of my early July shots & again in September. 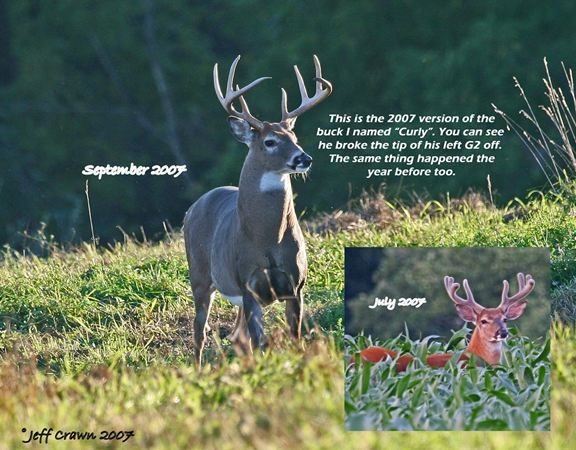 He took a second from eating just to make sure I was still there. September 2007 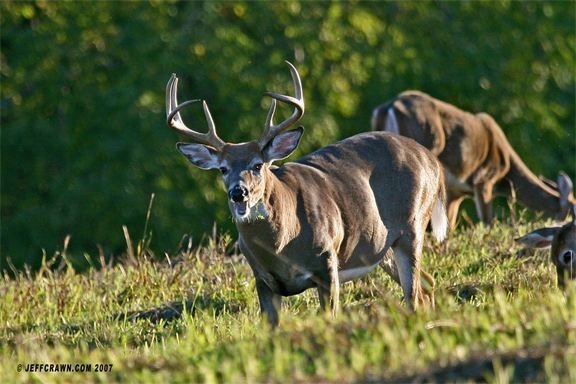 This was my last sighting of him in December 2007. I could see he broke the end of his right beam. 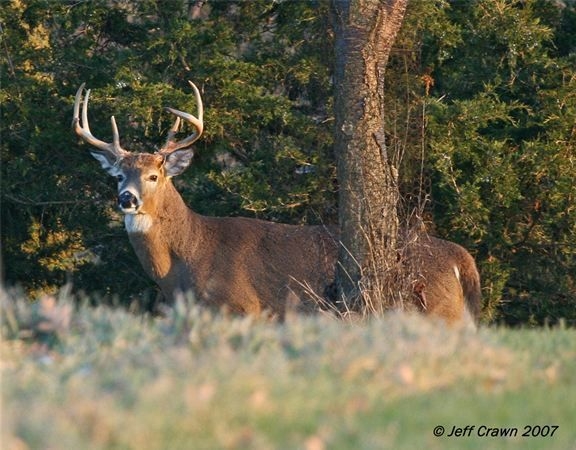 In 2008, I started seeing him in early June. I was only able to get video though until July 9 when I got the photo below. Again in July-September he was very photogenic, as I got a bunch of pics & video. Sadly for me, I learned later in the year he was killed by a hunter. 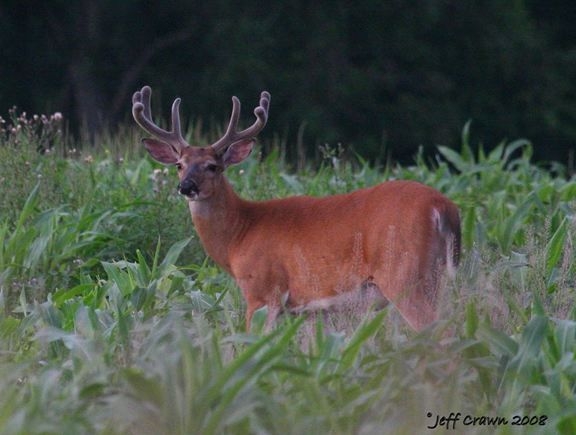 The pic below is actually a still frame from HD video. His frame was really filling out by July 19. 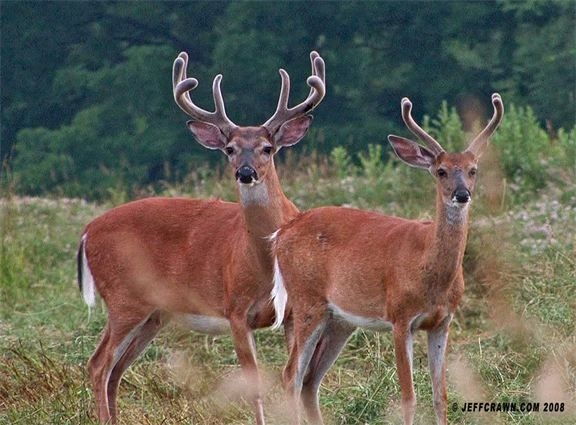 This was the first time I saw him out of velvet. September 2009 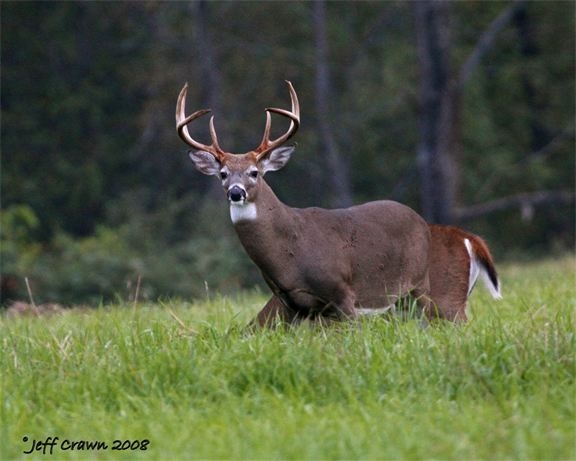 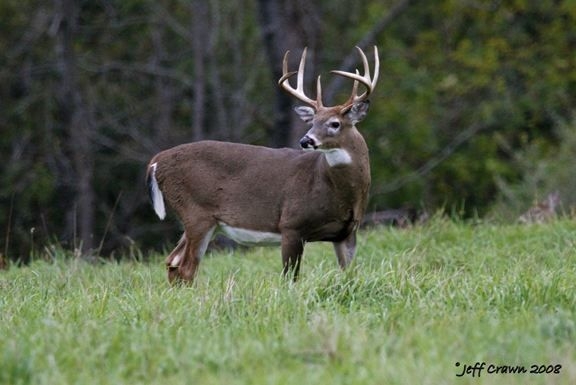